is one of the  villages of the

Mustang district in the  Dhawalagiri zone of northern Nepal

The village is located in the 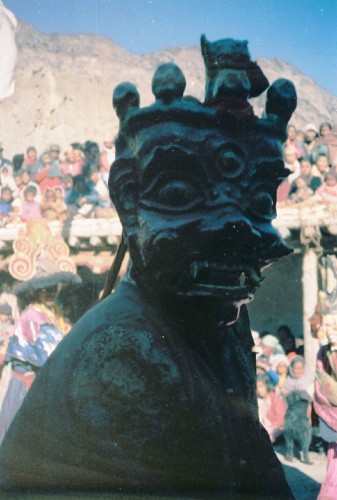 The dances, performed by monks are regarded as sacred, and they can be ‘danced’ only in the context of the festival.

The Ceremony takes place from the first day of the tenth month of the Tibetan lunar calendar, normally falling between the  mid of  October and mid of November, during  until the nineteenth day of the month.

The name of the dances are 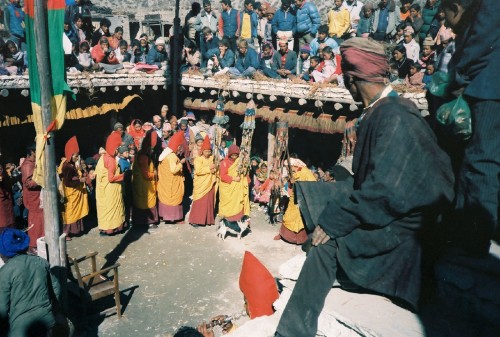 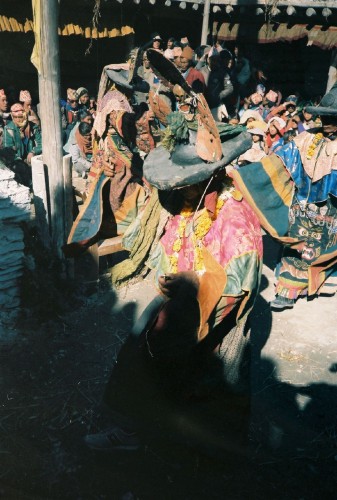 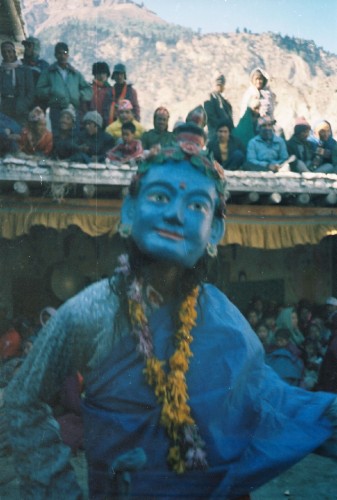 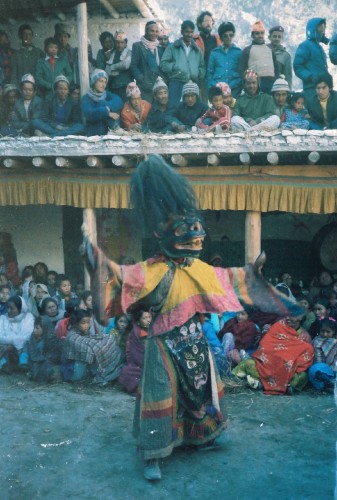 BOOK OF THE WEEK

DISCOVERIES AND ADVENTURE IN TIBET

Photographic credit out of copyright 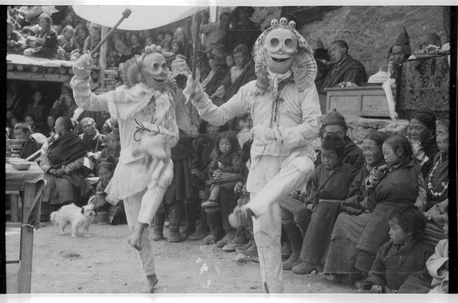 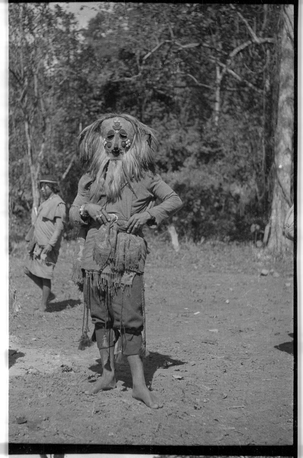 These masked dancers represent a demon in a Sherdukpen version of Aji Lhamu, a romance widely known in the Tibetan Buddhist world, including the neighbouring Monpas. 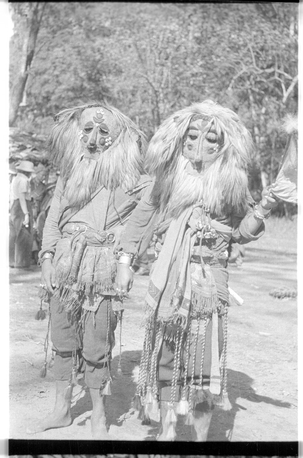 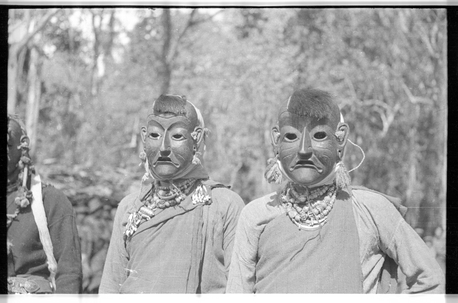 These wooden masked Sherdukpen dancers are figures in a version of a yak dance performed widely across the Tibetan Buddhist world. These figures are two of the three sons in the story, one of whom is dispossessed but later helped by a yak. 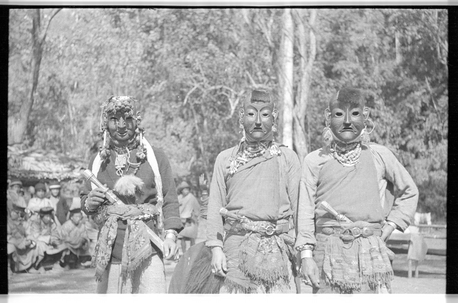 The masked man on the left represents the father of the two figures on the right. 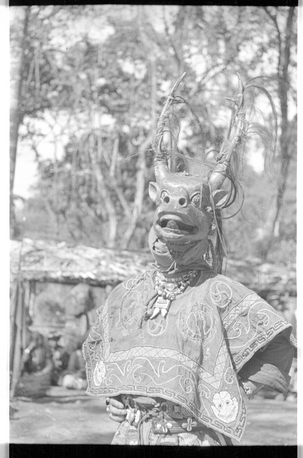 The deer dance tells the story (of a hunter and his two sons and dog who trap a deer) as a parable about the immorality of killing animals.

The figures, from right to left, are two queens, a king, a masked demon and two musicians. 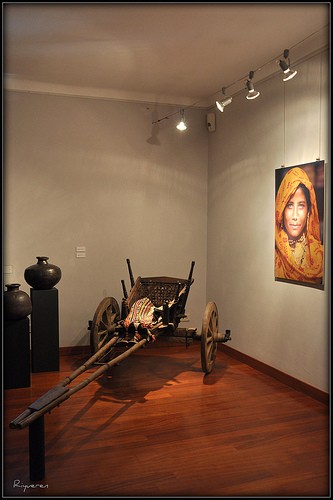 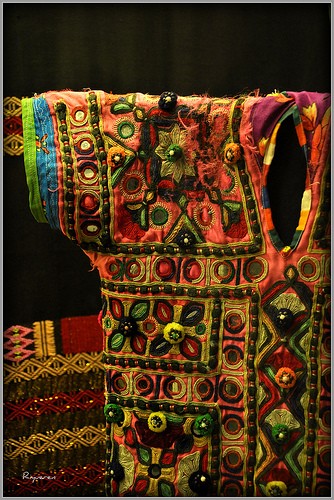 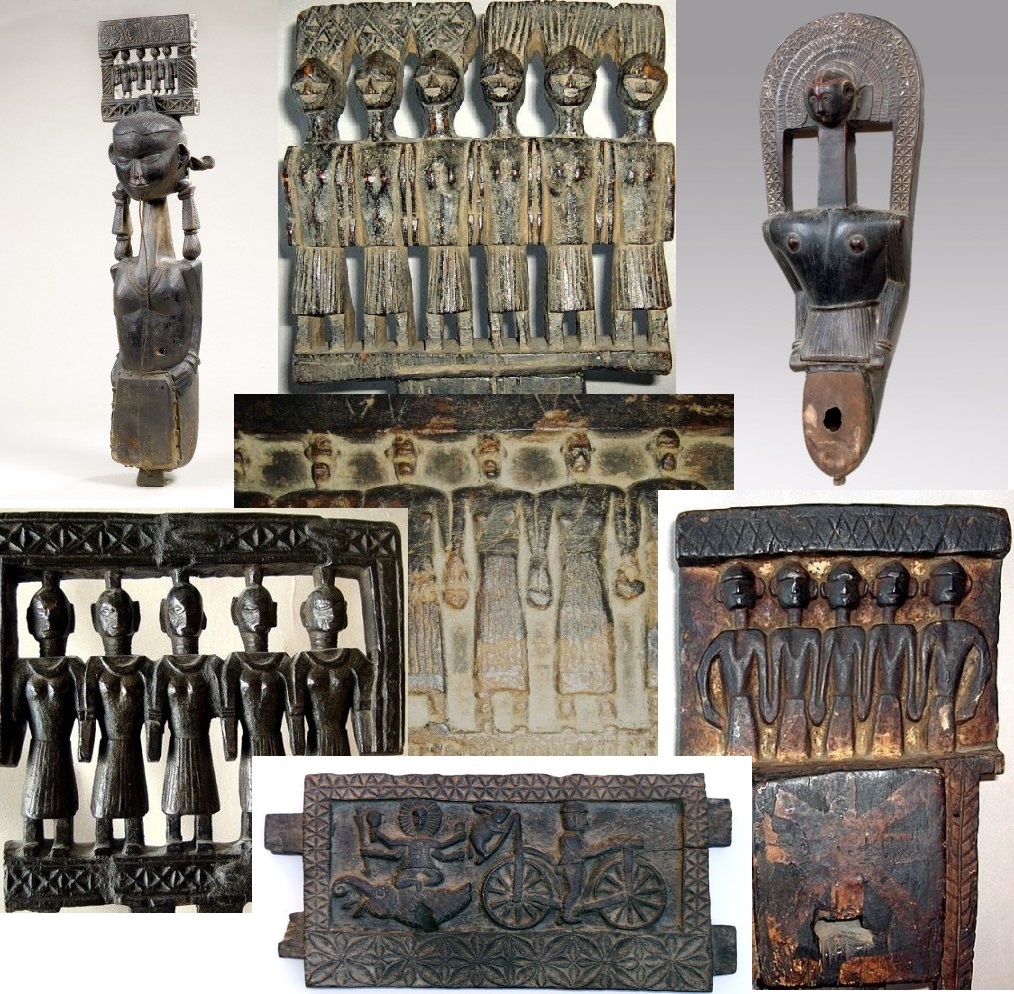